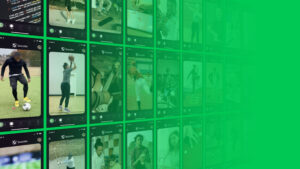 Interest in Boosta Grows, Grassroots to the Pro’s!

Pure class from top to bottom. Our purpose-driven vision is continuing to help us build a world-class team dedicated to our mission of bringing 1-to-1 mentoring to programs within sports.

Since our last update in May, we have not only continued to add amazing personnel to our internal team but have steadily added impressive partnerships with coaches, influential personalities and notable programs who are empowered to scale their business and make a positive impact at nearly every level of soccer (and now Basketball 😉).

A true professional. Simply, Tab Ramos is one of the most accomplished figures in U.S. Soccer history. With three World Cup appearances as a member of the U.S. Men’s National Team, MLS head coaching experience, and a spot in the National Soccer Hall of Fame, Ramos brings unprecedented soccer experience to Boosta.

“Joining the Boosta Advisory Board signals my continued commitment to the growth of the game. I believe Boosta has the potential to change the game. This platform allows me the opportunity to assemble all of my experiences and reveal them to players and coaches alike. It is really exciting to share and help build training curriculums through what I believe to be the most powerful digital platform in the game today.”

Ready to raise the game. Tab immediately recognized an opportunity where the Boosta platform could be used to elevate the game at the highest level and with his insight we have an exciting partnership developing with a professional league. More to come on this story that will certainly grab headlines soon.

Welcome the Wolfpack. NC State Men’s Soccer Head Coach George Kiefer was immediately attracted to the opportunity presented by Boosta and joined as our second collegiate partner alongside cross-town rivals Duke University, who we announced in our last update – “Duke Soccer Players to Have NIL Options Through Boosta’s Interactive Training Tools” SportTechie

NIL Marketplace. The Name, Image & Likeness (NIL) space has a bright future and our platform is well-positioned, with its ability to bring a new level of accessibility to active student-athletes that are true influencers for the thousands of youth players dreaming to one day play collegiate soccer.

Boosta offers active student-athletes a unique mentoring opportunity to inspire the next generation of players while they generate income during their collegiate career.

Many of the top universities have set up NIL marketplaces for student athletes to connect directly with brands like Boosta.

We have postings with University of Oregon, UCLA, Wake Forest, University of Houston, Virginia Tech and more to come. Note, we’ve been encouraged by the Universities to explore opportunities beyond just ⚽ and include 🏀, ⛳, 🏈…

Club Deal #1 with the Dallas Texans

A Genuine Leader. The Dallas Texans will be our foundational Club Partner!  Boosta is proud to be trusted by one of the most forward-thinking youth soccer clubs in North America – one that was established with a clear vision to always strive to be at the forefront of youth soccer.

“Boosta will be The Official Digital Training Platform of the Dallas Texans. The platform helps further advance the mission of having our qualified coaches, players and committed parents all sharing the same philosophy.”

A perfect partner. We look forward to helping the Texans sustain their leadership position and will dedicate an entire update in the Fall, after we get the club-wide program up and running.

Impressive. If you have a minute, read about the Dallas Texans History / Vision, a club formed in 1993 by Hassan Nazari, former 1978 World Cup and 1976 Olympic player for Iran.

Private Training with a Pro

Access to expertise. Former U.S. U-18 Men’s National Team and Assistant Coach with U.S. Women’s National Team and a “Pro” USSF license holder is now on Boosta sharing what he feels are necessary for every youth player to master. Long-time professional coach Omid Namazi shows you how to master, step-by-step, the techniques the pros use in every day training.

More mentorship to more people. After strategically launching on iOS and iterating quickly we are very excited to be live on Android. Now more players around the world have access to our passionate mentors who are committed to guiding them to become the best versions of themselves.

We are currently looking to raise capital that will allow us to maintain our progress and lead us into a professional fundraising round.

We do believe that this will happen in the very near future so please do get involved in this round before we close it and pursue professional financing.

Taking us to another level. We have officially launched our second category- Basketball!

We wanted to include this snippet here in this update specifically because we are excited to see that partnerships from the ‘Grassroots to the Pros’ are already starting to take shape in a real way in Basketball.

As you know we have done a lot of heavy-lifting and defined the business in Soccer and are thrilled to see parallels in the Basketball market.

Power of 1-to-1. We believe so strongly in the value proposition that Boosta brings that we decided to apply for Fast Company’s Brands That Matter awards program honoring businesses and nonprofits that are making an impact in business and culture in new and innovative ways. Winners will be announced in November. 🤞

Boosta checks all the boxes:

We believe that everyone should have access to high-quality mentorship that allows them to develop as human beings.

Our mission to bring 1-to-1 learning to everyone has never felt more urgent.

As always, thank you!

Thank you ALL for your ongoing support! 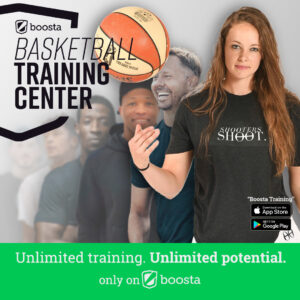 Interest in Boosta Grows, Grassroots to the Pro’s! Pure class from top to bottom. Our purpose-driven vision is continuing to help us build a world-class 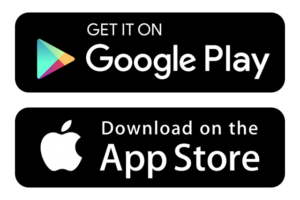